Raspberry Pi Mouse is a wheel-type robot equipped with a minimal computer Raspberry Pi for programming learning. This robot complies with the rules of the micro-mice and can compete in the tournament. 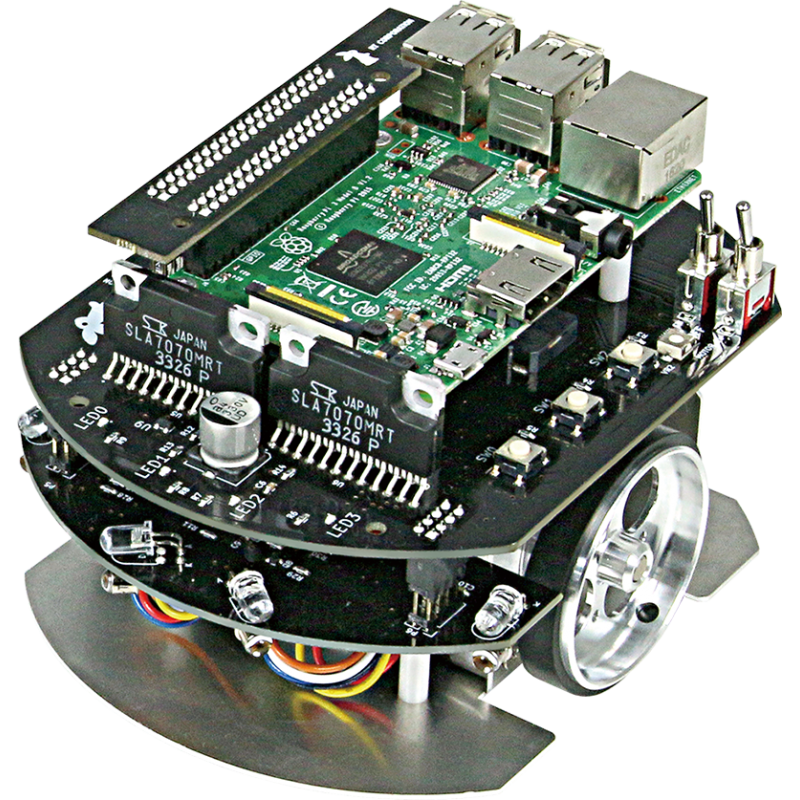